Star Wars began grabbing the imagination of viewers almost 30 years ago, taking over our hearts for generations to come. With the upcoming release of Star Wars: The Force Awakens, it looks as though this Brand is becoming a force to reckon with in the marketing world too! From commercials to specialized products, to merchandise, Star Wars made it impossible to go anywhere without seeing their Brand. 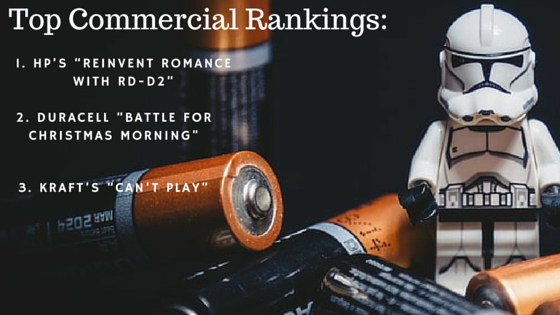 iSpot.tv which calculates media tracking each time a spot airs in any market in the Us, cites that Walt Disney Studios and Lucasfilms spent over $24m placing 21 versions of the Star world Episode VII: The Force Awakens trailer airing more than 1600 times across 44 networks. Adding up to an $87,881,593 in total media dollars spent! 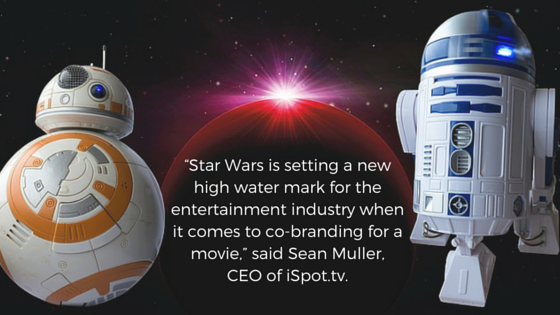 What’s most surprising about that this media strategy is how much consumers love it! Typically, when we see this high level of promotion it begins to have consumers over saturated with content and left with lack luster feelings regarding the film. Not the case with Star Wars, WE CAN’T GET ENOUGH!